The FBA is proud to announce that SealMaster will be an Emerald Sponsor at the 2015 International Franchise Brokers Conference & Expo! 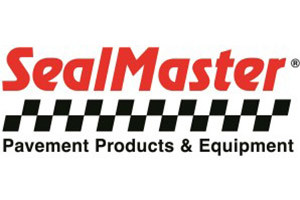 The SealMaster® Franchise Program offers qualified entrepreneurs an excellent opportunity to become part of an organization recognized as an industry leader. Since 1969, the SealMaster® brand has been synonymous with quality pavement products and equipment.

The territories granted to SealMaster® Franchisees allow for exceptional growth potential. In many cases territories comprising entire states are granted to franchisees. The size of territory, the breadth of the product line, and the ever increasing need for pavement maintenance are just a few reasons SealMaster® is rated as such a highly attractive business opportunity.

SealMaster® franchisees receive intensive training and ongoing technical and sales/marketing support. Industry experience is not a requirement for becoming a SealMaster® franchise owner. However, a candidate’s desire to take control of his or her future to realize the rewards business ownership is important.